The Supreme Court’s decision to release six persons, including four Sri Lankan nationals, serving life sentences in the Rajiv Gandhi assassination case on the advice of the Tamil Nadu government has raised a debate with two diametrically opposing views emerging.

Centre seeks review of the order

The Centre Thursday moved the Supreme Court seeking a review of its order contending that the court did not afford it adequate opportunity of hearing before ordering the immediate release of the convicts.

Government not made a respondent:  The government said the convicts had not made the Union a respondent in the Supreme Court despite being a ‘necessary and proper party’ in the litigation. This ‘has resulted into admitted and glaring breach of principles of natural justice and has, in fact, resulted in the miscarriage of justice,’ the Centre argued.

Remission to foreign nationals: The government further argued that it was ‘extremely crucial' to highlight that out of the six convicts who were granted remission, four were Sri Lankan nationals.

It said, ‘Granting remission to terrorists of a foreign nation, who had been duly convicted in accordance with the law of the land for the gruesome offence of assassinating a former Prime Minister of the country, was a matter which had international ramifications and therefore fell squarely within the sovereign powers of the Union of India.’

‘In such a sensitive matter the assistance of Union of India was of paramount importance as the matter has huge repercussions on the public order, peace, tranquility and criminal justice system of the country,’ the Centre argued.

The Indian Express says the verdict “raises disturbing questions about due process.”

The former prime minister and 15 others were killed when an LTTE suicide bomber targeted a political rally in Sriperumbudur, near Chennai, on May 21, 1991. The  assassination in 1991 was seen as retaliation by Tamil separatist outfit LTTE for India’s involvement in Sri Lanka’s civil war, after a peacekeeping force was sent there in 1987 when he was PM.

The convicted persons were sentenced to various terms after a  thorough investigation and judicial process.

In 2000, the Tamil Nadu governor commuted the death sentence of Nalini, one of the convicts,  to life on the state government’s recommendation; in 2014, the SC commuted the sentence of the other three on death row to life on the ground that there was inordinate delay on the part of the Centre in responding to their mercy pleas. In May 2022, the SC allowed remission of A G Perarivalan’s life sentence.

In the latest verdict, the paper points out, “the two-judge SC bench has cited the Perarivalan case as a precedent to free the six convicts last week. The Court, regrettably, preferred a procedural approach and allowed itself to be guided by the Tamil Nadu government’s push for remissions in a case that pertained to an act of terrorism by an overseas organisation. The Tamil Nadu Cabinet resolution of 2018 reflected the consensus among major parties in favour of remissions. However, the Court ought to have insulated the law and due process from being overly influenced by the political executive…….”

It is baffling, writes the Indian Express,   “that the courts have allowed individual liberties to be determined by local political sentiments rather than by the letter and spirit of law….”

'Judges got it wrong’

Vir Sanghvi (print and television journalist, author, columnist and talk show host)  also feels “The release was wrong….. on this occasion, I believe that the judges got it wrong……If people are convicted of involvement in a particularly serious crime then they should serve their time. Otherwise, punishment serves no purpose. The release has not been ordered on the basis of any new evidence that persuaded the court that Nalini had been wrongly convicted. The judges did not overturn the conviction itself.

“Instead, they released her on the grounds that she had already been in jail for a very long time and that she had behaved well while in prison. Given that she was originally sentenced to death, I am not sure how much time is so long that she needs to be released.”

The verdict also sets a dangerous precedent. Grounds for release were that they have  been in jail a ‘long time’, or ‘behaved well in jail’. These  “are similar to the grounds that were used by the Gujarat government to release the murderers who gang-raped Bilkis Bano and killed the people with her. If we oppose the release of those criminals (as we must), then it is hard to see how we can take the line that murderers of a former (and possibly, future) prime minister should be released because they behaved well in jail.

“If we don’t respect the sentence handed down to those convicted of serious crimes, then we risk turning the judicial and penal systems into sad jokes….”

Release was just and after due process law

The Hindu takes a differing view. “Their release is the culmination of due process in a vibrant legal system that is not without its flaws. A chilling trial court verdict that sentenced all 26 available accused to death in 1998 did not impress the Supreme Court. Based on a calmer appraisal of evidence, its 1999 judgment acquitted 19 of them of conspiracy charges, resulting in their release. Of the remaining seven, four were sentenced to death, and three to life…..

“Their freedom has come about through legal processes and legitimate advocacy. At the same time, it should not be forgotten that the victims’ families have suffered a lot, with few offering them succour or sympathy over the years. The tragic episode should occasion a fresh evaluation of the remission system and norms for premature release of life convicts….”

The Congress has opposed the release even though Rajiv Gandhi’s family seems to approve. Sonia Gandhi has not objected to the release. Earlier, she had asked for Nalini’s death sentence to be commuted. Priyanka Gandhi also seems to harbour no ill-will towards Nalini, having decided to move on after the assassination of her father. Despite this, the Congress has objected to the release, even going so far as to say that it disagrees with Sonia Gandhi.

“The Congress’ reaction, terming the ruling unacceptable and not being in consonance with the spirit of India, throws up pertinent questions. Do assassination convicts deserve premature release? There is also no blanket provision for release after serving a certain period of time. And, should the SC not have considered the matter at greater length? Similar cases of clemency are bound to crop up.”

Space: Private Sector is in The Game of Launches and Satellites

Hate in the Digital World

Northeast: Tripura, Meghalaya, and Nagaland Polls and Their...

Polity Highlights for the Week

A Federal Front Around Around Mamata Banerjee?

Polity Highlights for the Week 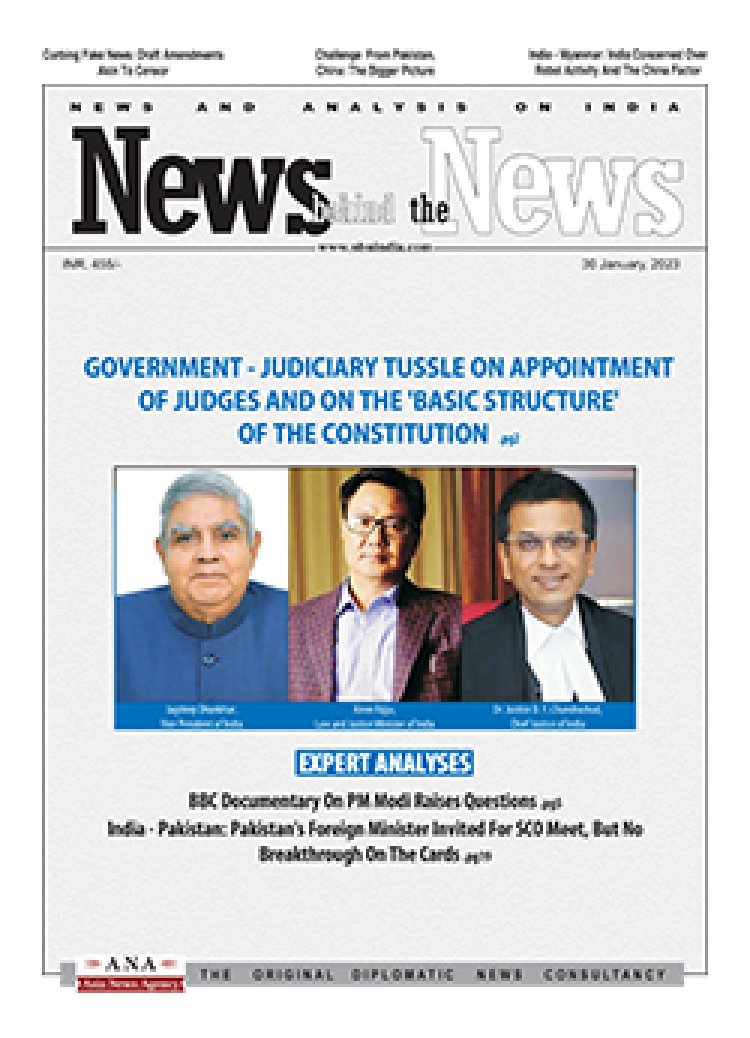